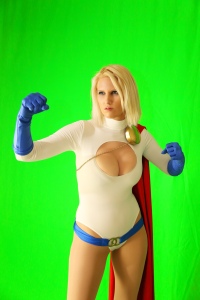 Born in Colorado, Cara Nicole developed a love for comic books and a passion for acting and talent for singing very early on. In her pursuit of her acting career she discovered the world of cosplaying in which she had instant recognition and she has become very involved in the comic book and pop culture community as an spokesperson, booth babe and prominent figure in local Cosplay and art circles. She has been involved in independent films. Cara is also intellectual, humorous and a pleasure to be around despite being a TOTAL.DIVA. View all posts by azpowergirl